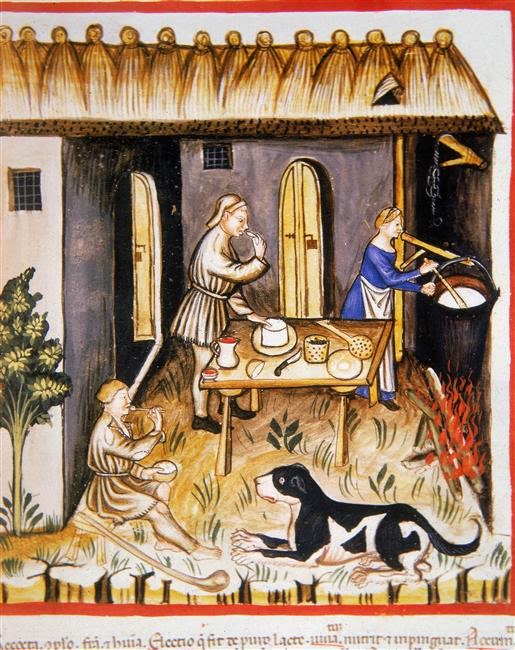 At last, Lidia the Cheesemaker and I have managed to teach a class together!

Some time ago (probably 2 or 3 years, now), I thought it might be nice to do a tandem class with Lidia, going from butter-making to cheese-making in the same class session.

Due to our schedules not lining up well, though, it has taken us this long to be in the same place at the same time during an actual schola.

This time, actually, I wasn't sure she could make it until a couple of weeks ago, so I was planning to possibly present a soft cheese recipe if she wasn't able to be there. However, this backfired a bit, because I didn't prepare anything in the end, having found out she would be there, but I also didn't have time to get together with her ahead of the class and talk about the plan...

I pulled out my churn for the first time since last August, and discovered that, of course, the wax seal on it was cracked in some places. So I quickly stole some of my husband's beeswax for armoring, and brought a pan and a pastry brush, and snagged a corner of the kitchen for about 10 minutes early in the day, and sealed up the cracks. 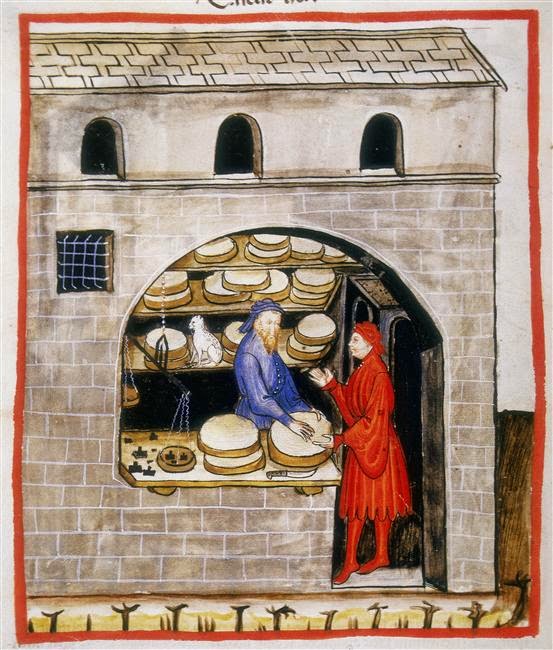 Once I got into the room for my class, though, I realized that I could still see daylight through the bottom of the churn--I had missed a crack, and the room was carpeted.

I fell back on my plan from the first time I had the churn, which was to talk about how it was used, show people how it worked, and not actually put cream into it. The downside of this is that I now have 20 half-pints of cream in my fridge...

We finished the butter-making portion of class in record time, and my two students decided to make another batch of butter. Lidia was examining the parchment class, since she has goats and would like to use them for more than just milk and meat.

Once she got there, we gained an extra student, but we basically spent the rest of the time talking about farming and fiber. We did talk a bit about cheese, and Lidia shared plans given to her by another cheese maker for a low-cost cheese press, for which I am very grateful. I'm kind of excited about the opportunity to build one, and finally get a start on making hard cheese myself!

It was a lovely day, and a lovely conversation, and we have some lovely butter as a result.
I call it success (although I hope we can reprise it sometime and actually make cheese :) )

Posted by DryadArts at 11:39 AM No comments: